Microaggressions at Workplace: How to reduce, respond and overcome them quickly

We all have witnessed minor or sometimes even major destructive acts done against specific groups of people, around us, and even at our workplaces.For example, when your boss piles over last minute work while you're busy, and you still get it done on time. They would probably say,”You’re surprisingly fast”! This is a form of verbal microaggression. And these can take the form of not just verbal, but behavioural, or even environmental aggressions.

Individuals of colour, women, people with disabilities, religious minorities, lesbian, gay, bisexual, and transgender people are among those who are often targeted, or seen different, which is something that is quite weird considering the fact that we live in the 21st century. Individuals who convey such behaviour towards others may not realise they are doing as these are sometimes unintended, and people are unaware that they are causing harm to others.‍

Insults, rude comments, and overall irritable conduct are all examples of microaggressions.

They're a highly particular set of words, questions, or behaviours that are hurtful because they relate to a person's membership in a group that is discriminated against or stereotyped. And one of the things that makes them so unsettling is that they occur on a regular basis, often without any malice intent, in normal life.

In the workplace, microaggressions are prevalent. They're the unintended, everyday exchanges or acts that express bias toward historically oppressed populations. Microaggressions can have a negative impact on a person's ability to accomplish their job, their sense of security, and their general happiness.‍‍

Studies show that women of color generally receive less support from managers than white women—and Black women receive the least support. Black women are far less likely to get help navigating organizational politics and balancing work and personal lives, and managers are less likely to promote their accomplishments. The same dynamic holds true for access to managers: only about a third of Black women socialize with their manager outside of work, compared to about half of white women.

Microaggressions differ from overt prejudice in that persons who commit microaggressions may not even realise they're doing something wrong. Learning to notice microaggressions and adjust our language accordingly can have a huge impact on our coworkers' happiness, productivity, and retention

Alternative for person 1: “Thank you! That presentation was informative.”

Look out for these forms of microaggressions

Microaggressions can take place in various forms. Here’s how it can happen:‍

How harmful can microaggressions be?

These racial microaggressions were also found to be particularly damaging in professional and school contexts, according to the researchers. Researchers also discovered that those who had been subjected to ethnic microaggressions had higher levels of despair and trauma in another study. However, the study was unable to prove that the microaggressions were the actual cause of the individuals' depression.

Comments made by one employee can sometimes upset another even if they are made inadvertently and without intentional bias. Microaggressions are frequently caused by assumptions about a person's colour, ethnicity, sex, sexual orientation, or age.

Here’s how you can handle microaggression the right way:

Many businesses are beginning to recognise the size and necessity of dealing with workplace microaggression. It's critical to help employees realise how subconscious preconceptions might manifest in unforeseen ways so they can begin to be more cautious with their words and actions.

While dealing with microaggression or any kind of bias, corporate cultures that are proactive in addressing it teach employees two golden approaches:

Microaggression and its types with examples

Microaggressions in the workplace are classified into several types, the most common of which are microassaults, microinsults, and microinvalidations. Each type has the potential to have a long-term impact on the target's capacity to feel a sense of belonging or social acceptance at work and at home, which is a critical component of realising one's full potential and feeling acknowledged as a valuable member of society.

Here are some of the most prevalent microaggressions with examples to look out for:

A microinsult is a remark that conveys that the demographic group is not respected, but the target is considered as an outlier. In the eyes of the person who says it, it is often taken as a compliment, but it is actually a blatant insult to the person who gets it. Because of their own unconscious bias or prejudice, the person delivering the microinsult typically does not recognise they have insulted the target.

A microinsult is when someone assures you that you are not like the bad stereotype of your oppressed group. For example, you’re so different from the people of your town, you don’t seem like a part of them at all!‍

A microinvalidation is a remark or action that minimises the experiences of members of historically marginalised groups. It is especially common for members of a group who want to see change or express themselves when it comes to the challenges they have faced as a marginalised member of society, but those who have not experienced the same thing or who do not want to draw attention to themselves and become a target dismiss, discredit, and even laugh at the target.‍

A microassault is a form of overt prejudice or criticism perpetrated against a minority group with the purpose of discrediting them. Indirect racial epithets carved into a wall, the posting of historically offensive symbols, such as confederate flags, slurs said to others related to religion or sexuality, for example. mocking a group's dress or cultural norms, or other language or actions that signal to the marginalised group that they are inferior and worthy of mistreatment or bias are examples of this type of microassault.

Smart tips to prevent and deal with Microaggressions at work

Microaggressions have a subtle but pervasive influence that can keep getting worse over time. When this happens, navigating them may be stressful for those on the receiving end. These can be destructive to an individual as the impact of microaggressions on an individual can be devastating.

Set your worries aside, because we’ve got you covered.

Here are a few smart tips to deal with microaggressions at your workplace:

Encourage your team to listen to and respect one another, and provide a support and accountability system so that no one feels left out while dealing with microaggressions. Above all, make it clear that you support your team and their individual decisions to speak up when they feel forced to do so, as well as that you will similarly support whenever they need a little push to speak up.‍

Don’t hesitate in to create changes, even for policies‍

Changes in the organisation and/or policies should be advocated for. You may, for example, start a petition to require gender-neutral restrooms or request a Diversity, Equity, and Inclusion survey to assess and understand how diverse employees feel at your organisation. You can also lobby for more resources and support networks for people from underrepresented communities, or for the organisation to undertake scheduled focus sessions to encourage greater empathy and awareness.‍

Start by holding informal small-group discussions about themes like racism, sexism, and ableism if your team is uncomfortable discussing them. Inquire if anyone on your team has ever been the victim of a microaggression at a previous job or with a client. Discuss with your team how they could react if they see a customer, client, or coworker performing a microaggression. It is easier to address in other situations if you practise expressing the words out loud in a safe atmosphere.‍

Increase coworker and friend awareness of microaggressions. This can help to alleviate some of the work-related stress that marginalised people suffer. You can share resources and promote awareness of unconscious biases, the various sorts of microaggressions that exist, and the reality that we are all capable of committing them as you continue to educate and grow.‍

They can start by debating whether or not the microaggression occurred. A microaggression might be subtle at times, and a person must confirm that they are a victim. Support from family and friends, as well as social media groups, can assist in determining whether an action or conduct constituted a microaggression.‍

Respond at a convenient pace‍

Determine how much time and effort you want to devote to dealing with the microaggression. Do not feel obligated to reply to every occurrence; instead, feel free to do so when the time comes.‍

Take a stand for your coworkers from minority communities. There are various things you can do if you notice a microaggression happening. Try questioning the individual in a very subtle way by saying, “What made you say that”, "Could you just explain it to me?" If you aren't in a position where you feel comfortable speaking up right now, you can always approach the individual later.

We must overcome our fear of being wrong when it comes to educating ourselves and improving how we interact with others. The easiest approach to achieve this is to never make assumptions about someone and to always ask thoughtful questions. When employees endeavour to understand one another, the workplace becomes much better, resulting in improved outcomes and overall growth.

A Guide to Employee Onboarding in Fast-Growing Companies

How to Solve Performance Issues in Fast Growing Companies: 11 Obstacles to Performance Management

How to go from performance management to employee development 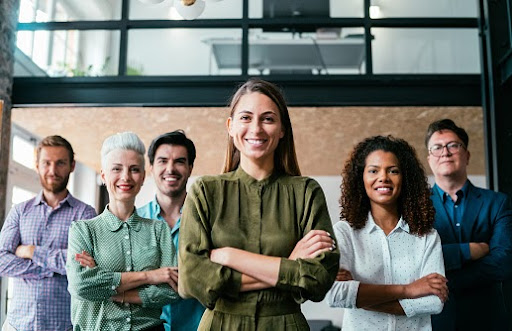 11 leadership mistakes to avoid as a new manager

Get in touch for a Demo

Get in touch with us for a detailed demo to learn how we could help you with building a Super Organization.

A Guide to Employee Onboarding in Fast-Growing Companies

Companies with an active onboarding program retain 91% of their hires after the first year and have employees who are 18 times more likely to feel committed to their employers.

How to Solve Performance Issues in Fast Growing Companies: 11 Obstacles to Performance Management

Signup for our Newsletter

We'll keep you posted on the latest in the world of OKRs, continuous performance management and employee engagement!

Thank you! Your submission has been received!
Oops! Something went wrong while submitting the form.