Introduction To the Science Guide

Introduction To The Ultimate OKR Guide

What is Performance Management?

What is organisational culture?

Impact of OKR on an organization

The dynamics of building an organisational culture

How to implement Continuous Performance Management

How to get started with OKR?

How to Implement OKR?

3 recommended techniques to use feedback to build, shape, and improve culture

How to measure OKR led Impact?

What is Person-Environment Fit

Use of technology to gather and analyse employee feedback

How to align OKR and drive performance management?

New age elements of organisational culture and how to develop them

How to incorporate OKR into your work culture?

What is organisational culture?

“The culture of a company is the sum of the behaviours of all its people.”

Organisational culture is a set of beliefs, values, assumptions, expectations, and practices that contribute to the unique social and business environment in an organisation.

Culture is the soul of an organisation - the underlying thread that binds together the people of an organisation to what they do and how they do it. An organisation’s mission statement expresses what it wants to be known for, while the code of conduct lays down ground rules for everyone to play by. However, these documents do not define culture – they can at best contribute to its development. A company’s culture goes on display when it conducts its day-to-day business, or when a new employee joins, or when it launches a new product or faces a crisis.

Culture is a combination of several tangible and intangible aspects of an organisation. Prof Edgar Henry Schein, a former scholar at MIT Sloan has conducted extensive research in the field of organisational culture and proposed a model based on these visible and invisible elements.

He theorized that organisations do not adopt a culture in a single day, instead, it is formed in due course of time as employees go through various changes, adapt to the external environment, and solve problems. They gain from their past experiences and start practising it every day thus forming the culture of the workplace. New employees also strive hard to adjust to the new culture and eventually find themselves fitting into the mould.

Professor Schein describes the culture at 3 levels from the most visible to the deepest levels:

organisations invest heavily in bringing standardization in a number of these parameters to provide a consistent experience to their customers and suppliers every time they interact.

The next level according to Prof Schein which constitutes the organisation’s culture is the values of the employees. When compared to basic assumptions, values are at higher levels of consciousness and they reflect the members' shared opinion on ‘how things should be’. These values may not lead directly to basic assumptions even after the values have been articulated, listed, and arranged according to their priority.

These are seen through ostensibly drafted and promoted content such as:

These elements reflect the values the organisation wants to be known for and in most cases, are the foundation of the vision it was built on. However, the observer may often find that these values do not form a pattern, or that they may be contradictory, or incongruent with observed behavior.

The third level is the assumed values -  beliefs and facts of the employee behavior which stay hidden and can’t be measured but make a difference to the culture of the organisation. These inner aspects of human nature come under the third level of organisational culture.

This element of an organisation’s culture is not easy to control artificially and is perhaps its most authentic indicator.

What is the significance of ‘culture’?

Organisational culture helps improve processes, drive stronger interpersonal relationships, and guide better decision-making. From customers to employees to partners to investors, everyone looks for some aspect of your organisational culture they can relate to or are inspired by. Culture has specific implications in 3 key areas:

Your culture is your brand! Irrespective of any level of aggressive marketing, the way your organisation’s culture is perceived percolates to how consumers see your brand. It may seem too granular, but in today’s transparent world driven by social media visibility, as an organisation everything you do and don’t speak for your culture.

Example: You cannot market a wellness product with fitness-centric messaging and provide unhealthy food options in your employee café.

Customers, employees, and contractors often make business decisions driven by the emotions they associate with your brand and your perceived culture. Customers make buying decisions based as much on their perception of the company’s values as they do on product attributes.

Example: Contractors often tend to pass lucrative opportunities of working for organisations known for a red-tape culture even as small businesses often operate almost entirely on trust while dealing with suppliers on flexible credit terms.

Over time, these perceptions become so deeply entrenched in the way an organisation is viewed that the brand becomes synonymous with the values it embodies. Over the last few decades, organisations are becoming extra careful to not only maintain consistency between the way they are perceived and the message their products/actions convey but also to seamlessly fit into the contemporary culture and market sentiment. These attributes are built partly on leadership vision and partly by employee behavior. Your organisational culture and brand identity are thus intrinsically connected.

Example: It is common to hear an organisation is described as ‘progressive’, ‘sales-oriented’, ‘people-friendly’, and ‘hustle-driven’ by employees as well as outsiders.

Your business practices are another direct and authentic indicator of your organisational culture. Companies with a culture of integrity witness transparent behavior across the board and are even held at the highest standards by the outside world.

Example: ‘Hustle’ culture relies more on results than long-term relationship building - an attribute visible in the way an organisation handles its customer service and external partnerships.

organisations with a polychronic approach tend to display this culture in all their business practices from adhering to project deadlines to supplier payments. No amount of marketing efforts can replace the message you send out every time your employee interacts with a customer, every time a supplier gets paid, or a product introduced in the market.

Arguably, organisational culture has the most visible impact on recruitment and attrition. You might find it beneficial to hire an employee for a cultural match more than a skill match. Similarly, employee disengagement is often attributed to a lack of sense of belonging to the organisation or ‘just not fitting in’. organisational culture determines how jobseekers view work opportunities with you and often prioritize it over other elements of job satisfaction.

Example: Many professionals want to be a part of Apple simply because they want to experience the culture of innovation, while many stay away from start-ups as they are perceived as ‘too aggressive’.

Similarly, you may hire keeping punctuality as a key attribute. However, if the organisation culturally takes a flexible view of time, the employee may find it difficult to adapt to the company’s culture. Factors such as leave policies, hierarchical matrices, work hours, business ethics, and diversity create a significant impact on the talent an organisation can attract and retain.

Leadership vision undeniably plays the most crucial role in shaping a company’s culture. It is an accepted norm for co-founders to first align their vision and work style compatibility to determine the type of organisation they’re setting out to build. From business practices to everyday work habits, everything trickles down from leadership to senior management and across all the echelons of the organisation from there.

Example: The friendly atmosphere at Starbucks – both for its customers and its employees is often attributed to their former CEO’s simple philosophy – Treat people with Dignity and Respect

Business ownership structure creates a marked difference in the way a business operates and how its people feel about working for it.

From the centralized decision-making practices of a family-run business to the collaborative hustle of start-ups, organisational culture mirrors the legacy of its ownership.

Example: The family-run decision-making style of Reliance group companies is a known fact and so is the extreme hustle culture of start-ups founded by young up-and-comers like WeWork.

Certain businesses lend themselves to a particular work culture while others need to follow the demands of their domain of operation.

Example: Hospitality as an industry depends on customer orientation and optics – an attribute that flows down to the way all its employees from senior management to junior executives dress and carry themselves. On the other hand, a non-government organisation taps heavily from its employees’ passion for its cause – just one look at the myriad mix of profiles at an organisation like the Teach India Foundation explains this theory.

Cultural compatibility becomes extremely important when managing an organisation’s transition through a merger/acquisition. Many factors such as employee behavior, business priorities, brand identity, long-term vision, and market presence influence the success or failure of cultural transition between 2 organisations. How the culture of the new entity shapes up depends largely on how well the transition and all of the organisation’s assets are handled, including people.

Example: Imagine the challenges that came with a modern Indian bank like Kotak Mahindra acquiring a unionized banking entity with an 80-year old heritage like ING Vyasya?

While the factors listed above influence and shape an organisation’s culture organically, a potent measure to impact its direction lies in HR policies and other documents providing official guidelines on organisational behavior. Such documents can stipulate expected employee behavior, prescribe a code of conduct, and also lay down the outcome certain actions may attract. This could be in the form of rewarding acceptable behavior and penalizing unacceptable actions. Both rewards and disincentives may appear like short term measures but go a long way in creating a culture of “this is how things are done here” in an organisation.

Example: Rewards could be given ostentatiously like awards, titles, formal recognition, or even as weightage in performance appraisal. On the other hand, penalizing behaviours need to be done more discreetly and subjectively from case to case. Instances could be a forum for investigating sexual misconduct, informal reprimand for discipline issues, escalation for discriminatory leadership, etc.

Small Firms Vs Large Corporations – Who has a stronger culture?

“There's no formula for great company culture. The key is just to treat your staff how you would like to be treated.”

Culture as a concept can vary greatly between large corporations and smaller entities such as start-ups and MSMEs. Factors such as the size of the workforce, the complexity of business operations, and regulatory requirements play a major part in building, managing, and growing an organisation’s culture. Let’s look at some of the key differentiators in this context:

Many subcultures may exist within geographical regions, functions, and organisational levels

Higher level of consistency of cultural fabric across the organisation

Brand acts as the cultural representative of the company

Strengths such as subject matter expertise, seniority, and professional network are highly valued

Flatter, a matrixed organisational structure with greater decision-making powers at all levels

Works on a conventional business concept of buying or selling products and services, intended for long-term stability

Decision-making is centralized and the conduct of business is guided by the vision of a few empowered leaders. Task operation style is mostly individual performance-focused.

The workforce is mostly full-time and contractually bound to the organisation’s employment. Limited or no flexibility in workdays and timings is offered, work is mostly office-based

Communication is open, 360 degree, and feedback-driven

Ready to get started?
Speak to our team today 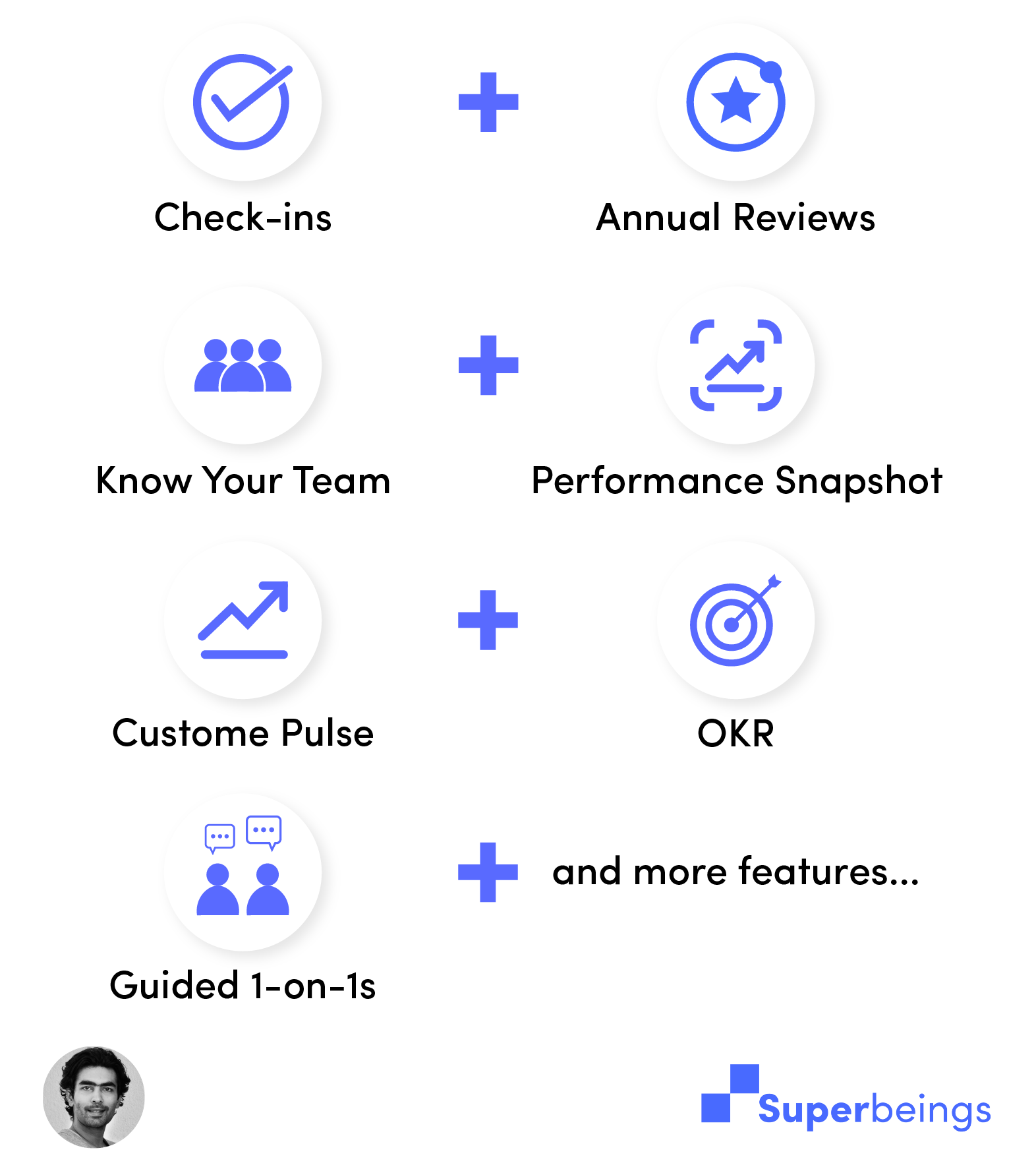 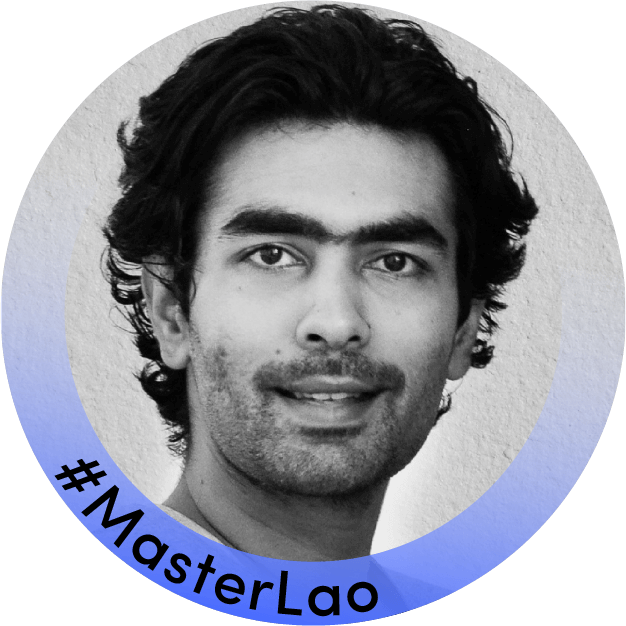